ZOMBIES at the Disco
Jacar Press, 2020 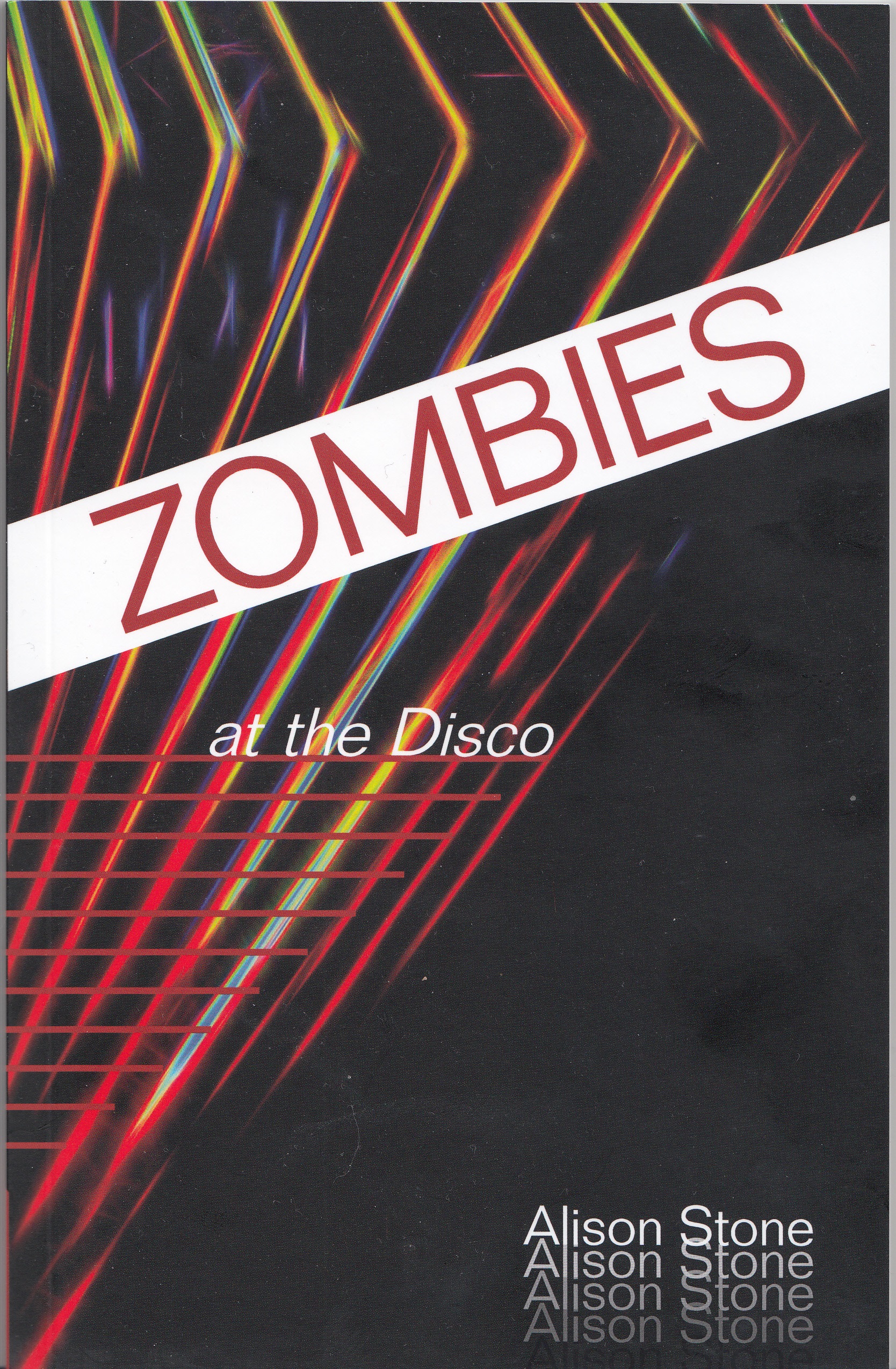 Alison Stone brings us contemporary ghazals that maintain the integrity of the original form while expanding the subject matter to include everything from pets to politics. Often funny, sometimes achingly sad, these poems take advantage of the leaps this forms allows, taking the reader on a high-speed, satisfying journey through both the internal and external worlds.

We read each other by the light of sex.
Scarves, collars, make-up hide a bite fom sex.

Elvis was only shown from the waist up.
Censors feared his hips would incite sex. 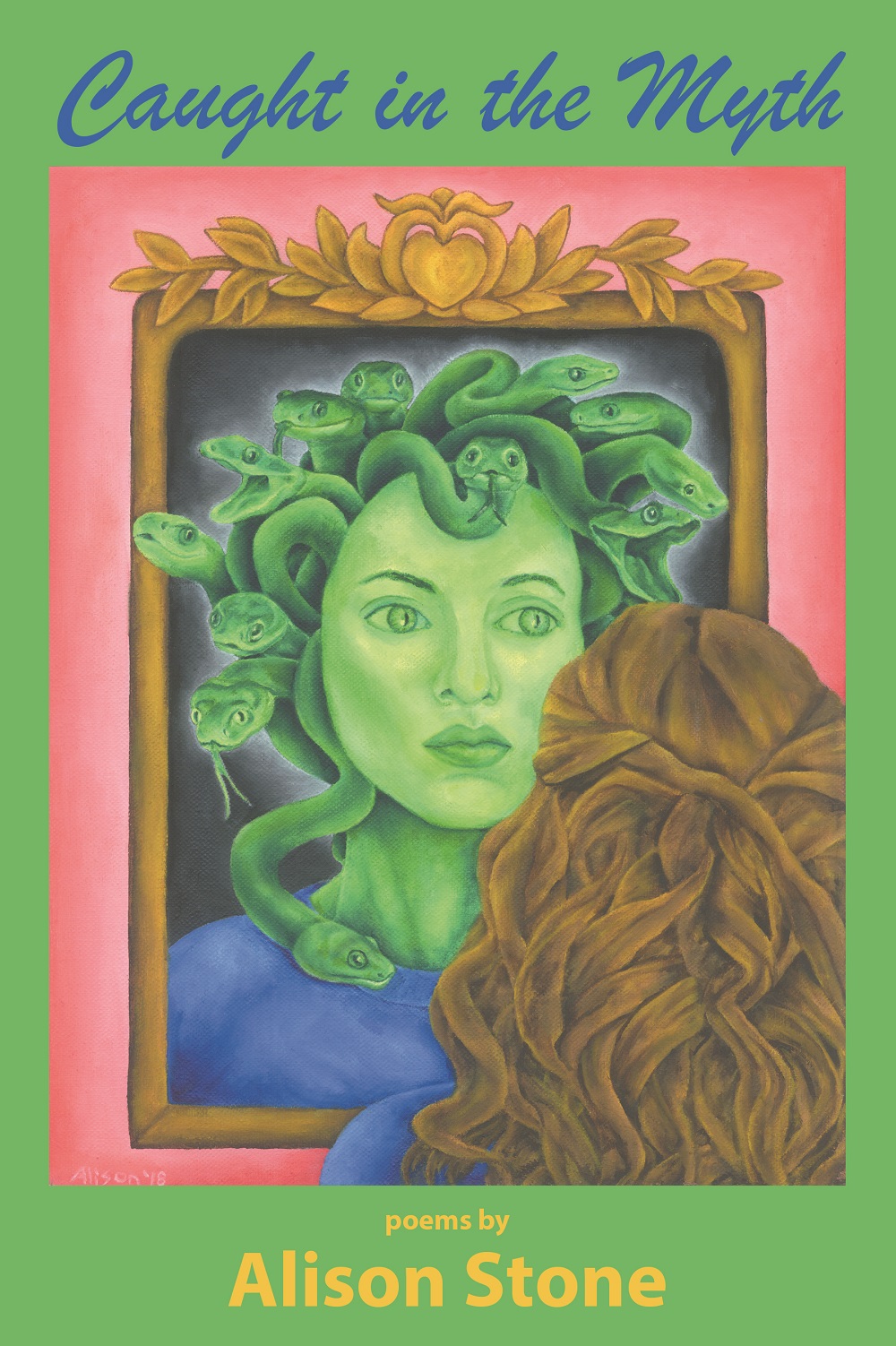 Alison Stone's sixth collection deals with the myths, both classic and contemporary, that shape our psyches and our world. From Caligula and Medusa to Gabby Douglas and Ivanka Trump, these speakers illuminate the timeless struggles for power and love that play a central role in literature and art. Stone's speakers tell their stories in poems that both transcend culture and time and illuminate this particular historical moment. 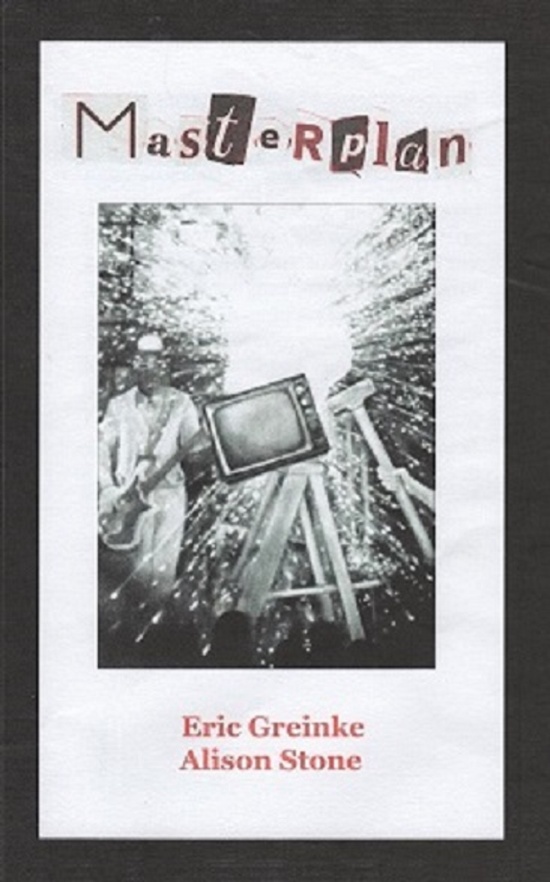 Widely published poets Alison Stone and Eric Greinke wrote these inventive poems together from February, 2014 to April, 2017.  Although they each wrote an equal number of lines in each poem, they used a variety of patterns, ranging from simple, every-other-line patterns to more complex forms wherein they alternated beginnings, middles, endings and titles.   The tone of these poems is varied too, ranging from ironic and humorous to philosophical and elegiac, from narrative to lyric.  The voices of Alison and Eric blend seamlessly into a bold third persona, a gender-neutral and ageless punk poet who can both whisper and shout. 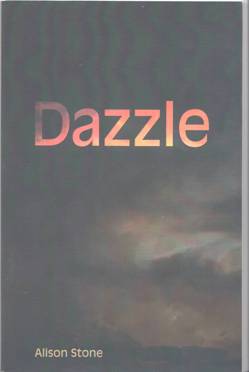 “With a jeweler’s lapidary skill, Alison Stone has fashioned a string of gemlike poems that indeed (dare I say it?) dazzle—with wisdom, wit, and brio. She’s crafted every line to a high polish, rich in metaphor and music. Wide-ranging in subjects—so much to catch they eye—this book brims with “the shimmer, the shiver, the quicksilver / flickers. The sparkle, the dazzle of poetry.  Readers, enjoy!”— Richard Foerster

Link to review of Dazzle 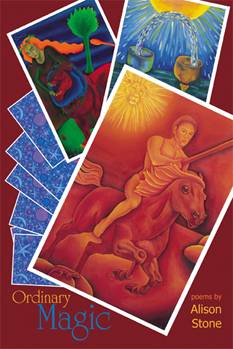 Award-wining poet Alison Stone draws from her tarot in the latest collection. These 78 poems range from the archetypal (The Fool, The Magician, etc.) to the everyday situations of love, work, ideas, and conflicts that make up our lives.
Mythical figures from past and present appear—Prometheus and Persephone represent court cards, as do Lou Reed and Steve Jobs. By turns witty and heartbreaking, this book goes down easily enough to be devoured in one sitting yet reveals greater depths with each subsequent reading. Stone’s accessible lyrics move and entertain us with the struggles and joys of what it means to be human.
“Ordinary Magic”, Alison stone’s wonderfully titled book of Tarot-themed poetry, returns the deck to its creative roots, for the cards were used to inspire poetry long before they were drafted as a tool for fortune-telling. Her cards on the Major Arcana, the 22 trump cards, follow closely the themes and imagery of the well-known Rider deck, while zeroing in on original details that make these symbolic pictures both personal and fresh. But it's in the fifty-six suit cards, the so-called Minor Arcana, that Stone really shines. Largely abandoning the "official" imagery of the scenes (which are, in fact, only 100 years old), Stone allows the cards to suggest ideas, memories, and personal stories for poems that are immediate and alive."—Rachel Pollock 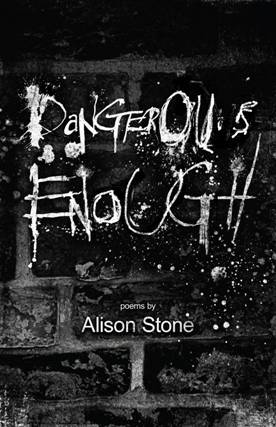 “Stone is not a ‘literary’ poet (there are enough of them). Her text does not depend on other texts. She is interested in a woman’s truth, and has something hard won (but won) to give her readers. This is strong poetry.”
—Allen Grossman

“Gorgeous work – not only accessible, but tight as can be.  I must say that Alison Stone’s book is the first one I've read cover to cover within the first day of reception.  Remarkable work"
—David Cope

“Stone understands that poems, as Robert Lowell encouraged, must be events in themselves and not merely records of events. Whether psychological or philosophical, or advancing the intensity of raw emotion, Stone’s poems are urgent and dramatic, put themselves and by extension the reader, at risk."
—Thom Ward

“Stone offers lean and sparkling poetry that invites us to join with it - poems that are, in their way, multi-faceted spaces to explore, discovering what we may, and grafting what we bring.”
—Verse

Self-Interview about this book at the end of this web page.

They Sing at
Winner of the 2003 Moving Poetry Award 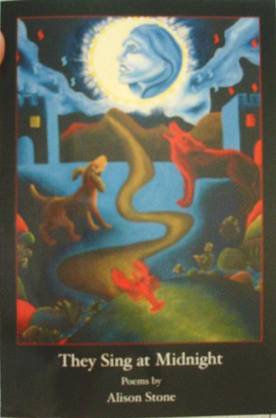 “If you're not careful, Alison Stone will devour you.

Although she announces in one poem that love is a room she enters 'sideways,' Stone's appetite for the physical and spiritual is never selective.  It hunts down all things, sacred and profane. The anaphoric poem "My Hunger" finishes 'Mangy and mateless, /my hunger gobbles chocolate, sunsets, 'children, prizes, flame. /my hunger is an animal without a proper name.' ....

The poems in Alison Stone's They Sing at Midnight risk many "nows." They image and idea, whisper and howl, implore and grieve.  Their versions of the mundane and the mystic engage us, offer shape and texture to the 'messy bright life we are born for.'  But her poems also deliver the hard fact that 'decay is in the air,' and, despite any hard-fought faith, we don't get out of here alive.  As such her poetics serve notice of the metaphysical amid the imminent, how Persephone is always and forever descending and returning, death into life, and life into death.  Such wisdom is Stone's gift to us.”

—Thom Ward, from the forward

"Stone slips a carving knife under the skin of convention, eviscerating appearances, revealing the savage truth...Kill to get one."
—Hugo Williams

Love is a room I enter sideways.
Roots of gut, branches of bone,
our bodies burn like trees.

Our faces have left us.
Whatever ties us to our name has vanished
in the owl’s beak.
Boneless, we are maggots feeding
underneath the rock of the dark.
Our mouth opens to coral and stars.

Mother warned, Sex is a trap.
Still, every teenager wants more
Than flowers, more than stale, virginal green.
His lips, cool moss against my nape.
I traded sunlight for a romp
In the forbidden, a devoted mate.
My meadow-scent’s exotic here, so he’s eager
to please, writes me poems by the meager
glow of dying fireflies. If he’d only kick that mange-
infested dog out of our bed. Such horrid pant-
ing! Each tongue licks my face like meat. 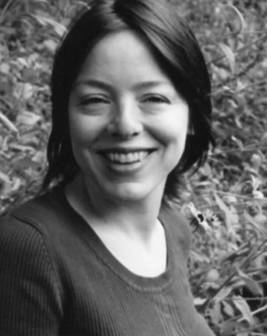 Alison Stone’s poems have appeared in The Paris Review, Poetry, Ploughshares, Poetry International, Chelsea, Barrow Street, and a variety of other journals and anthologies.  She has been awarded Poetry’s Frederick Bock Prize and New York Quarterly’s Madeline Sadin award.

Ms. Stone is also a visual artist who spent nine years producing oil painting of the 78 images of the tarot.  The Stone Tarot is available in stores and on the internet. (stonetarot.com).  Ms. Stone has exhibited her paintings in a variety of galleries, museums, and other venues in London, MA, RI, and NY.

She is a psychotherapist in private practice in and .

Self-Interview:  The Next Big Thing
What is the title of your book?  Dangerous Enough What is the one-sentence synopsis of your book?  Among other issues, Dangerous Enough explores rites of passage -- adolescence, marriage, childbirth, the death of a parent. What genre does the book fall under?  Poetry How long did it take you to write the first draft of the book?  I worked on the poems in this collection over a period of about twenty years. Some of these are poems that, for whatever reason, were left out of They Sing at Midnight. What surprised you about people's reactions to the book?   Everyone who tells me they have a favorite poem chooses a different one. What else do you want to tell us about the writing of this book?   As I worked on the arc for this book I was surprised at how well they fit together, many having been written so many years apart. The body, and time, connect them so they flow. Who published Dangerous Enough?  Presa Press. www.presapress.com    I am delighted to be among their authors.
——————————————————————
Kathi Aguero tagged me for this interview. Her wonderful collection After That was recently published by Tiger Bark Press. www.tigerbarkpress.com
I tagged Maxine Silverman, whose powerful chapbook The Transport of the Aim addresses the relationship
between Emily Dickinson and Celia Thaxter (www.parallelpress.com) and Joseph Milford, whose Cracked Altimeter is a rich journey through language, ideas, and emotion.